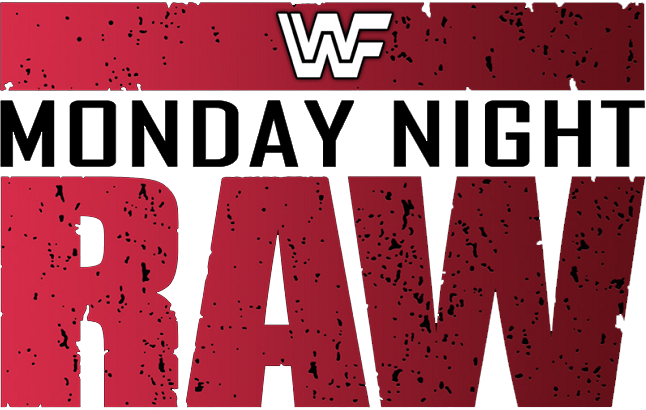 Raw starts with Roman Reigns comes out and has a promo with Vince, and is joined by Daniel Bryan. Daniel Bryan makes his return after an apparent injury. Out comes Kofi Kingston and we get a beautiful Kofi promo. Vince announces that there is a “wild card” rule where 3 members of the opposite show can come over to the show. Drew McIntyre comes out and says he wants a rematch with Roman. Vince announces that there will be two rematches Kofi Vs. Bryan and Drew VS Roman.

As the four superstars leave the ring A.J. Styles makes his way to the ring and confronts Vince. A.J. asks why is it that as soon as A.J. leaves Smackdown Live that the show has to come to RAW with him. We get a club tease as well when A.J. states that its convenient that Seth’s best friends Roman comes to Raw, and that maybe tomorrow night A.J. and his friends will go over to Smackdown Live. Seth Rollins comes out and we get a good promo from Seth and A.J. which leads them to about to brawl in the ring and Vince stops them. Vince announces that there will be a match tonight A.J. and Seth VS. an undisclosed team tonight.

The competitors that will be facing A.J. and Seth is Bobby Lashley and Baron Corbin. The match begins with Seth and Baron, we get a strong showing quick by Baron who tags in Lashley and A.J. enters the ring. A.J. is tagged out by a blind tag from Seth who tosses Lashley out the ring. Baron comes to aid his partner but is double teamed by A.J. and Seth and we get a “one up” situation where Seth does a suicide dive out the ring to Lashley and A.J. hits a phenomenal forearm to Corbin on the outside of the ring. We come back after a commercial break to Lashley and Rollins in the ring. Lashley tosses Rollins out the ring and the ref is distracted by A.J. trying to save his tag partner, Corbin takes advantage of the distraction and attacks Rollins on the outside. A low point in the match is the in-ability by Lashley to really sell any of Styles signature moves, as Lashley clearly has to position himself for a Pele kick as well as a botch on commentary by Micheal Cole who when A.J. is pinned by Lashley and breaks out before the ref can even get down to count, Cole announces that it was a close two count. Rollins pulls a page out of Balor’s play book with a Pele kick to Corbin to sling blade which leads to a double suicide dive to Corbin and Lashley. After Lashley comes to attack Seth but A.J. breaks it up, and Seth is about to Burn It Down however Corbin evades and A.J. goes to hit a phenomenal forearm to Corbin which would set up the curb stomp by Rollins however, Corbin moves and the forearm hits Rollins. After which A.J. just leaves the ring and Corbin hits an end of days to Rollins and gets the pin fall.

Before the commercial break we see Sami Zayn making his way to the ring. Sami again comes out and cuts a promo on the crowd and how miserable they are in life and that they are cowards. The fact that Sami, if this is pre-written he kills it and if it is ad-libbed than it is even better. Sami is cut off as Braun comes out. This is an old feud from when Sami was first on Raw. Sami stands in the ring and wants Braun to come after him. As Braun does Sami escapes the ring into the crowd however Braun follows and chases Sami out the ring.

After Sami and Brain leave the ring Lucha House Party makes their way to the ring. We get a backstage camera of Sami being chased by Braun until he cannot go anywhere and is blocked in by a garage door. Braun picks up Sami Zayn and throws him in the dumpster as a garbage truck comes and dumps the garbage into the back. Braun makes no attempt to save him. Lucha House party is in the ring in a 6-man tag match against a team of Jobbers. Lucha House Party makes quick work against the Jobbers.

Ricochet VS. Robert Roode is next and the winner gets Ricochets spot in the Money in the Bank Match. Before the match Natalya, Naomi, and Dana Brooke all have been given invitations to join Lacey Evans at ringside for her match tonight and they are to be in ring gear. We also get an image backstage of The Miz waiting for Shane McMahon. Commentary announces that since Robert Roode beat Ricochet in their last match that he should be in the Money in the Bank match and apparently Officials agreed. The match starts with Robert Roode having the advantage against Ricochet. Ricochet is set on top the turnbuckle for a super-plex however he counters which leaves Roode wide open for a 630 splash that hits and Ricochet gets the pinfall keeping his spot in the Money in the Bank ladder match.

It is announced that Rey Mysterio will face Samoa Joe at Money in the Bank for the United States Title. Rey is seen backstage with his son Dominick talking about how great it is to have Dominick there with Rey. Rey goes to enter his locker room when Dominick walks away but we see that Samoa Joe is following Dominick as he is walking away. Dominick is confronted by Joe and Joe tells Dominick that his efforts last week were only to embarrass Joe just like Joe embarrassed Rey when he beat him at Wrestlemania. Joe tells Dominick that he has a message for Dominick to bring to his father and that message is that Joe is going to stand tall at Money in the Bank. Joe also did a nice recap of the last time we saw Dominick in WWE when he was there with Rey and his Uncle Eddie.

Lacey Evans makes her way to the ring. After Lacy was in the ring Naomi comes out followed by Dana Brooke and Natayla none of which are wearing their ring attire. Dana actually looks as if she is wearing something from Liv Morgans wardrobe. Surprise as well Alexa Bliss joins the other competitors of the women’s Money in the Bank match. It appears that Lacey is fighting a Jobber named Ali Katrina which she makes quick work of her ending it with Women’s Right. Lacey grabs the mic and tells the women on ringside that they deserve to see how a real woman fights. She confronts them as well that they will regret if they are too win the Money in the Bank and try to cash in on Lacey. Becky makes her way to the ring and interrupts Lacey, Becky drops both belts and attacks Lacey in the ring. The crowd goes nuts chanting Becky.

The camera goes backstage as Daniel Bryan tells the WWE Universe that he is the right role model not the pancake throwing Kofi Kingston. Daniel Bryan states that he was destine to be the world’s champion. It is also announced that NXT takeover will be June 1st in Bridgeport Connecticut. This is announced as the Viking Raiders make their way to the ring in a match against Kurt Hawkins and Zack Ryder. Hawkins and Ryder start the match off strong against the Raiders however it was not enough as The Viking Raiders get the pinfall after a Viking Experience to Zack Ryder.
After the commercial break we are brought back to the Firefly House. This episode starts with Mercy the Buzzard picking apart Ramblin Rabbit claiming that Ramblin Rabbit was trying to make him adhere to his bohemian world views. We also get some subliminal images of of Bray with some gloves saying fear. Mercy isn’t punished by Bray and instead Bray says they should celebrate with a picnic. This is the first time we see other humans in the funhouse and Bray is joined by some children having a picnic in the funhouse.

Seth addresses A.J. Styles saying that he set the line between them when he walked out on the match. Roman Reigns makes his way to the ring. Roman VS. McIntyre starts off and Drew looks very strong. McIntyre suplexes Roman from a dead lift showing off his strength just reminds everyone how powerful this man is. Reigns gets the upper hand when he counters a suplex with a suplex on his own however during the run around the ring Drew hits a big boot that leads to Drew hitting an Alabama Slam to Reigns right on the edge of the apron, the hardest part of the ring. During the match there seems to be a distraction in the crowd clearly on screen as multiple fans are standing looking away from the ring. Roman Reigns hits a DDT on Drew and a quick cover which only gets the two count. Drew goes up to the top rope to hit a flying clothesline but it is countered by Roman with a superman punch. Reigns gets a very close two count and ends up hitting a spear afterwards. This is when Shane McMahon attacks Reigns with Elias ending the match. Elias and Shane attack Reigns in the ring when The Miz comes out and chases Shane with a chair through the crowd. Elias stays in the ring and this leads to Drew hitting a Clay-more. We are brought backstage where Shane is hiding from Miz, Shane is successful until Charley Caruso starts to interview him. Shane has no words and goes out to his limo. Miz ends up hitting Shane with a steel chair just before Shane enters the vehicle and they fight in the parking lot, Shane kicks Miz in the grapefruits and makes his exit out of the arena as The Miz is left behind.

Back from commercial break we find The Revival and The Club in the ring. Before the match is about to start The Uso’s come out on the mics and they announce that they have put Uso hot in the Revivals trunks which leads to them trying to air out and they end up pouring water on their trunks which makes it worse. The match never happens between The Club as The Revival run backstage. No Way Jose and his conga line come to the ring as he is going to have a match against Lars Sullivan. Lars attacks the conga line leaving the entire conga laying in a wake of destruction. Lars turns his attention to No Way Jose who is hit with a running sit out power bomb. No match just destruction, the crowd however could care less. Vince also announces after Lars enters his office that it will be 4 superstars will be available for the wild card rule.