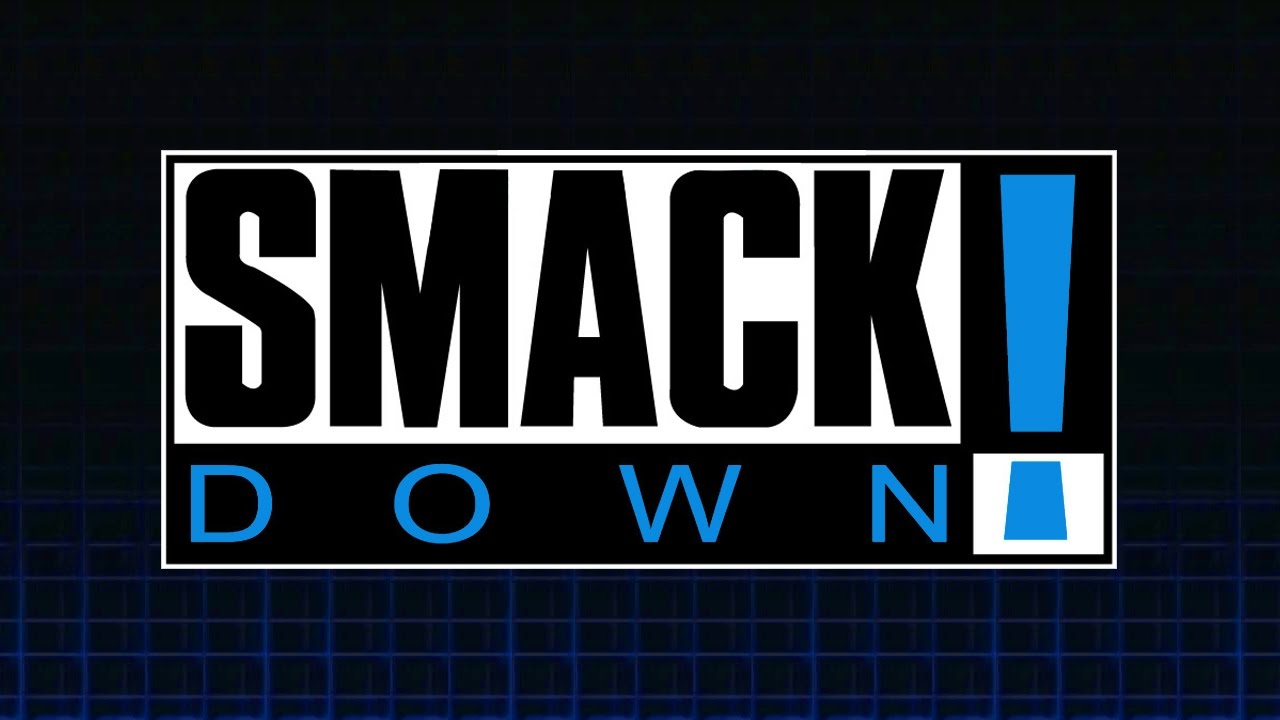 A.J. Styles utilizing the Wild Card Rule that was introduced last night on RAW, leads off Smackdown Live. A.J. Styles grabs the mic and starts cutting a promo stating that if you are fast enough you can be one of the superstars to cross the rival brand, and that since SMACKDOWN LIVE is the house that A.J styles built. Sami Zayn comes out and interrupts A.J., Sami says that he’s here to stop A.J.’s egotistical rant . Styles says that Zayn smells like a foot and it appears that Zayn once again plays to an educated background. Kofi comes out with Xavier Woods saying that they are having a party and the New Day wasn’t invited! Kofi is showing the WWE universe how good he can be on the microphone and he asks Styles what he’s doing on Smackdown. Kofi asks what A.J. Styles wants to do about him (Kofi) and styles are going to do about it. Zayn tells Kofi “no, you aren’t going to do what I think you are” and tells the crowd that Kofi shouldn’t extend the challenge to Styles but instead to Zayn. Kofi tells Sami and A.J. that he is a fighting champion and tonight he will defend the title tonight against either Styles or Zayn.

Kevin Owens is backstage and tells the crowd from his iPhone that he was supposed to kick off Smackdown but today is his birthday and he is going home to celebrate. Ali makes his way to the ring for his match against Andrade directly after the iPhone shuts off. Before Andrade makes his entrance commentary announces that tonight Kofi will defend his title tonight in a triple threat against Zayn and Styles. We also get a Mustafa Ali promo talking about how you need follow the light and comparing the light to the Money in the Bank briefcase, this is an awesome production that really adds some dimension to Ali. Zelina and Andrade come out with Zelina on the mic, she compares the Money in the Bank match to the Kentucky Derby however at Money in the Bank there is only one thoroughbred and that is Andrade. Ali starts the match off with a bank hitting a Super Kick to Andrade knocking him out of the ring, Ali goes on the barricade to dive on Andrade as Zelina interferes allowing Andrade to sweep Ali’s legs, Ali falls back and seems to have hit his head on the barricade frame. Andrade drags Ali back to the ring were both competitors trade shots and go back and forth. At one point Ali goes for a hurricanrana but Andrade tosses Ali right on his face. We are brought back after the commercial break to Ali hitting a Spanish Fly on Andrade but before Ali can capitalize Randy Orton attacks Ali and turns his attention to Andrade setting him up for a rope DDT, but Zelina breaks it up. Both men try to attack Randy Orton only leading to both men being the recipients of two RKO. Randy tosses Ali up and catches him for the RKO and catches Andrade coming off the top rope for a dive hitting an RKO.

WWE does a highlight of Roman Reigns career showing all his major victories as well as him having to relinquish his coveted Universal Championship after his diagnosis of leukemia appeared again. It looks like WWE is putting together a video package for Romans return to WWE, something that could have possibly been better suited for Wrestlemania this year but all together a good promo. Immediately after the package ends Shane McMahon comes out to announce who will be announced the Smackdown Live Tag Team Champions after the Hardy Boys has to relinquish them from Jeff Hardy’s injury. Shane announces that the new Tag Team champions will be Daniel Bryan and Rowan, both men make their way to the ring but before they are handed the titles The Uso’s come out from Raw. Utilizing the new wild card rule the Uso’s pursued Shane to put the titles on the line that way the titles can be earned and Smackdown Live can be brought back once again to the Uso Penitentiary. Shane agrees and that match happens next! The Uso’s and look strong as the math begins clearly having the tag team advantage but Rowan and Bryan are no easy team to run through. Bryan coming back from his injury does not look like he has missed a step. We also get a good showing of Rowan who we have not seen much of in the ring since his return and looking strong against the Uso’s. After a commercial break it seems that The Uso’s have the advantage and we get multiple super kicks to Bryan and Rowan however it is not enough as Rowan picks up the victory for his team after brushing off an Uso superkick and hitting an Iron Claw. This match just shows that when it comes to tag team matches there really is no one better than The Uso’s and it is great seeing them back on the blue brand in the title picture even if it was just a one time experience.
We get another episode of the Firefly Funhouse a re-run from last night. This episode however is a little more edgy than most as Mercy the Buzzard uses some more TV-14 language using “damn” and calling Abbey the Witch an “old Hag” This vignette out of everything in the last year that WWE has produced might be the most promising and I hope not only for Bray Wyatt but for us the WWE Universe that it continues on the trend as it can be the eventually the gateway for WWE to go back to a formula that was when it was in its height in ratings.

Back the ring Shane McMahon is back in the ring and he has an announcement regarding the Men and Women’s Money in the Bank Ladder Match. During his speech The Miz attacks Shane from behind tossing him out of the ring and dragging Shane up the ramp. The Miz is stopped by The B Team, former members of the Miztourage. Miz is able to defend himself against The B Team only to be hit by Shane McMahon with a steel chair. The Miz is left on the Ramp lifeless after a vicious steel chair shot. Shane adds insult to injury as he wipes his brow sweat on Miz’s body.

Bryan and Rowan are backstage proclaiming that they are the Planet’s Tag Champions and that they are going to take care of the titles alluding to changing the leather straps. They are greeted by Heavy Machinery Otis and Tucky rocking a new blue denim vests. We get an awkward exchange as Tucker tells Otis something but no sound can be heard and Bryan and Rowan just walk away in disgust. Ember Moon and Carmella are to face Sonya Deville and Mandy Rose next after the Commercial break. This is a big match for both Mandy and Ember Moon, as we get a great battle between the two where Ember is able to show the WWE Universe all that she has to offer in case anyone has forgotten. For Mandy Rose we see her selling which she was lacking from her resume and she eventually captures the win against Ember Moon. Directly after the match Paige comes out and says she used to represent Mandy and Sonya and announces that next week her new team of Auska and Kairi Sane will face off against Mandy Rose and Sonya.

Back stage we get a Matt Hardy interview. Matt announces that Jeff had a successful surgery and he will be back better than ever. Joining the interview is R-Truth and both Hardy and Truth start talking about Lars Sullivan. Lars appears and throws Hardy through a door and power bombs Truth through a table. The crowd who was hyped to see Truth and Hardy together is silent as once again they show they have no investment in Lars, no cheers and no boos.

Aleister Black has another dark vignette backstage, he tells the viewers that he is both their wraith and absolution. Black tells the viewers that he is seeking forgiveness for his sins with victory that will come over his opponents. Everything about this is doing wonders for Black even if it seems a little different than what he did NXT, but for the first time in a long time it seems that they are adding to a call up rather than bringing them down.

The main event starts with A.J. Styles coming out followed by Sami Zayn. It is odd to see Sami Zayn come out taunting the crowd during his promos but for a match it seems that he is back to the happy go lucky demeanor from before his injury. Kofi is joined to the ring by Xavier Woods and his trombone and pancakes. The match starts with some banter in the middle of the ring which leads to Styles kicking Kofi to start the match. Kofi hits a huge splash onto Styles as he is hunched over but cannot capture the three count. Zayn as the third competitor sees an opportunity and goes for the hurt styles and distracted Kofi. It is frustrating as a fan that the longest commercial break appears during the main event match. We are finally brought back to Kofi on the mat and Zayn standing over him. Kofi starts to fight back but it leads to a Zayn sit out power bomb. This is a triple threat match which means that there is no disqualification and we see that during the commercial break Kofi was thrown into the steel steps. Zayn hits a beautiful tornado DDT to Styles but poor placement leaves Kofi right in the area to break it up as well as Styles arm being under the rope, the ref did a good job of acknowledging this. Zayn turns his attention to Kofi who he hits with a superplex. This leads to only a two count and Zayn tries to hit another superplex to Styles however Styles is able to turn it around by hitting a superhurricanrana. The crowd seems to be split between cheering for Kofi and Styles throughout this match. At one point Styles hits a moonsault to a DDT to Zayn and sets up Kofi for a DDT at the same time but Kofi turns this around hitting Styles with an S.O.S and styles hitting the DDT to Zayn as well. Kofi however is not able to even attempt the pin. Styles and A.J. go back and forth neither having solid footing underneath them. This is turned when Styles hits a Pele kick to Kofi which sets up for a Phenomenal Forearm but Kofi is able to counter with a Trouble in Paradise. A.J. is tossed outside the ring and Kevin Owens attacks Xavier Woods which leaves Kofi distracted. While distracted Zayn hits a blue thunder bomb but at the very last moment Kofi is able to kick out. Zayn picks up Kofi and hits again another Blue Thunder Bomb. Kofi once again breaks out of the near fall! Zayn picks Kofi up again for ANOTHER blue thunder bomb and Kofi is able to kick out of his third straight blue thunder bombs! Zayn is able to counter an attempt for a helluva kick and hits a trouble in paradise to Zayn for the pinfall!. Kofi immediately goes to check on Xavier Woods outside of the ring making sure he is ok. Smackdown Live ends and what a match to end the main roster week!